Emily Cook was 18 when she founded Khushi Feet, a charity which funds education for street children in Kolkata.

Here is an inspiring interview with Emily about the charity – and what motivates her. 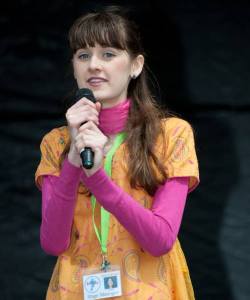 So, Emily, how did Khushi Feet come about?  In the Summer of 2011, after I had finished school, I went to Kolkata in India with a team from Faversham Baptist Church and had the opportunity to work in Schools for Street Children. As an aspiring teacher I was fascinated by how the volunteer teachers ran the schools with such limited resources. After returning to the UK, I wanted to do something to raise awareness and funding for these street children and their schools. So, I began organizing Indian themed fundraising activities in my town. People responded really well and loved getting involved with the ‘Khushi Feet’ project. Before long (and after lots of hard work), Khushi Feet was raising enough money to become a registered charity.

That is an amazing story. Where do you get your pioneering spirit from, do you think? My parents did a lot of fundraising when they were younger and I think hearing about this must have inspired me while I was growing up. Then, going to India and seeing such extreme poverty for myself shocked me so much that I become motivated to everything and anything I could to help change young lives in Kolkata. I have always been an inventive ‘big ideas’ person – this combined with my determination to make a difference has resulted in some pretty innovative and exciting fundraising!

What is it like for street children – and particularly girls – in India? Many of the street children in India are orphans, so young girls are often left to take care of younger siblings as well as protecting themselves. Living on the streets is tough. The children have to work 8-10 hours a day. Their work often includes trying to re-selling old newspapers, scavenging and begging. Some girls even end up becoming prostitutes just so they have enough money for a bit of food to keep them alive. 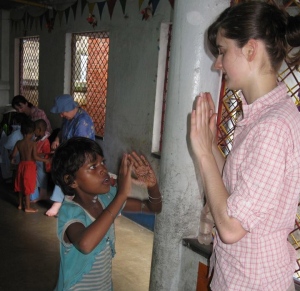 How much of a difference does learning to read and write actually make? It makes a huge difference! The majority of the street children have no education at all (in India you have to pay to go to school). Luckily GNCEM (the schools in Kolkata which Khushi Feet support) don’t charge for tuition as the schools are run especially for street children. Learning to read and write over comes a child’s illiteracy. This education will help them off the street and into a job when they are older giving them their first footsteps to freedom. 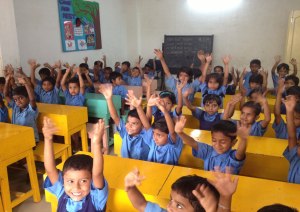 Would you describe yourself as an adventurer? Yes! Just living life is an adventure. However, going to India has probably been one of my biggest adventures so far as I experienced such an amazingly different culture. I hope to venture out to India again before too long!

Do you have a message for the readers of ‘Fierce Resistance’? Life is unexpected. It’s full of good and bad experiences. But whatever you do, never give up and always fight for what you believe in, whether it’s standing up for street children in India like me, risking everything to save your little brother like Beth Hardy, or anything in between.

If you would like to donate to Khushi Feet – or find out more about the charity, just click here.