It was inevitable, being the daughter of a drummer, that I would be attracted to words and writing with a strong, distinctive rhythm.  Consequently, I gravitated towards poetry and rhyming books from a very early age.

And it just so happened that the rhymes I liked the best were funny, too.

I adored the rhythmic, bonkers quirkiness of Dr Seuss; I lapped up the affectionate wit of A.A. Milne … and I loved the wry life-observations of Pam Ayres so much that I even dressed up as her and recited one of her poems for my girl guide ‘Entertainer’ badge!

At the same time, on the TV, a comedian called Ronnie Barker was writing and performing silly sketches, as part of a double act known as The Two Ronnies.  The way Mr Barker played with words to make them funny had me spellbound.  I’m not sure, as a little ’un, that I understood all of his jokes – but he put silly words together and made them sound completely delicious.  And, ever-present behind the yummy words, was a driving rhythm: pushing the jokes towards the punchlines and stirring the listener to feel joy and a sense of fun.

So: rhythm and comedy.  Inextricably bound together like fibres in the same strand of wool. They threaded their way into my young consciousness and got under my skin.

And, now, I cannot separate the two.  When I write, the rhythm behind the words constantly tempts me to write something silly or diverting.  When I write comedy, there has to be a compelling rhythm or I don’t feel it’s good enough. 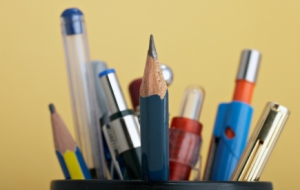 Writing funny stuff, with its thrilling combination of rhythm and daftness, is what makes me really happy.  It’s the ultimate in wordplay: mucking about with language until the words sound so tasty together that they – might … hopefully – make someone (other than myself …!) laugh.

Recently, one of my little projects involving fooling around with words was brought to life by Good Girlz ‘n’ Boyz – a fabulous group of actors who read through my script whilst the ‘record’ button was on. You can listen to it here (or navigate yourself to the Videos page) … or head over to YouTube for a listen.  It’s about a bunch of five-year-olds finding their way through the mad world we currently live in.  They’re all partly based on the five-year-old me.

Which takes me back to a much smaller, five-year-old Fiona, who absorbed funny words and rhythm simultaneously, stored them all up … and now spouts them out onto the page in the hope that some of them might raise a smile.

My latest Words and Music show is also about why ‘funny’ is important.  You can find it on the VIDEOS page, or go direct to YOUTUBE.